“The new method for keeping one’s esoteric insights away from the attention of the profane is to simply NOT claim that they came from anyone more exalted or off-planet than oneself.”—General Theosophy 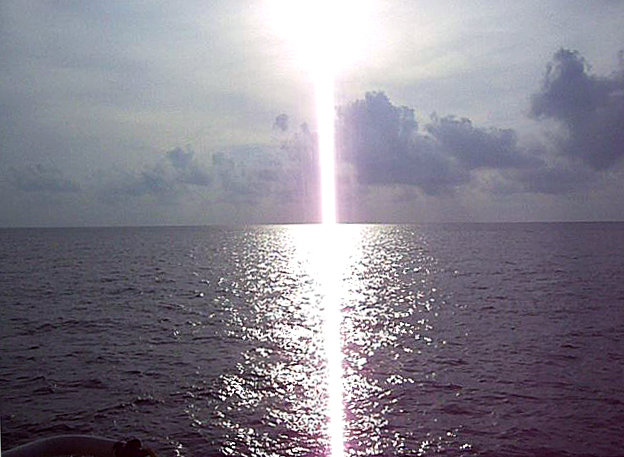 Have you ever considered that when you look up at someone, you can only see the footwear they use to cover their feet, the dust of their feet and of the worldly earth they have treaded; while…

One of the greatest alchemists, in terms of how many students received their first great understanding of basic principles, is Basil Valentine. One could look up several of his works online. Anyway,, it is his name which brings up a very interesting relationship. Two of the great Gnostic fathers are Basilides and Valentinus. We know from fairly decent research that some of the Gnostic sects were carriers of the esoteric tradition from the Chaldeans, from the Egyptians, from the Hebrews and…

There is a book called Father Ernetti's Chronovisor: The Creation and Disappearance of the World's First Time Machineby Peter Krassa that claims that the Roman Catholic priest and occultist Pellegrino Ernetti invented a time machine called the Chronovisor based on Blavatsky's scientific theories. It claims he worked on developing it with Werner von Braun. Any thoughts from anyone? Has anyone here read the book?

We possess a single infallible guide, the Universal Spirit that lives in men as a whole, and in each one of us, which makes us aspire to what we should aspire: it is the Spirit that commands the tree to grow toward the sun, the flower to throw off its seed in autumn, us to reach out towards God, and by so doing, become united to each other.
Leo Tolstoy

Out of the discussion about the origin of the Stanzas of Dzyan, a group of members of this community realized that H. P. Blavatsky's book, the Secret Doctrine, has some features that makes it difficult for the current public, (both inside and outside Theosophical circles) to approach its study.
The purpose of this Blog is to discuss whether the relevant content presented by H. P. Blavatsky can be re-organized, annotated, and brought up to date, so that the principles of the Esoteric… Continue

Many times we may like to convert hard copies to electronic medium by scanning them. Theosophists world-wide are a minuscule in numbers and many are acquainted with each other. With the scanners becoming inexpensive, there would be an urge to convert hard copies of documents to a pdf file. However, we want to avoid re-inventing the wheel by trying to scan hard copy books and periodicals wasting time and labor. Anytime, we are embarking on a scanning project, it would be a good idea to inquire… Continue

Erica reminded everyone on theos-talk that TS is 135 years old today.

It is remarkable that we are now talking to a world-wide audience almost with the speed of light.

Theosophy has indeed affected almost everyone who came into contact with it.

May the "Forlorn Hope" become reality, at least partially in the days to come.

I just learnt that the NZ Ning site may be going off-line in the
next few days. To some it may be a loss. However, it is really not so.

Due to the international character of Internet based forums, any
theosophist can interact with others around the world in such open
independent forums as theos-talk and theosnet ning site. Also these
forums are daily attracting users from around the world as they are (1)
open and not closed and (2) not controlled by any… Continue

The origin of the stanzas of dzyan and the 7 cosmic paths.

For an analyses of the fiery whirlwind, vortex and orphic egg shape see the site below. It includes some insights into the works of AAB and HPB as well as quantum physics. The whirlwind is more then an artistic or poetic metaphor but an actual energy body or gateway built between different levels of spiritual reality or dimensions. This…

“A difference between a Theosopher and a Theosophist might be that the former is striving and the latter is subscribing.”—General Theosophy

“Even Theosophers will have trouble losing weight if they believe 2+2=4 except where chocolate is involved.”—General Theosophy

The project has taken off. Joe Fulton should be congratulated on the idea. The article on HPB is excellent and it was indexed by Google. We all should collaborate and contribute to the project.

Wiccan Rede with an added emphasis: “Do anything you want, but do not harm others—or yourself—physically, emotionally, mentally, or Spiritually.”—General Theosophy