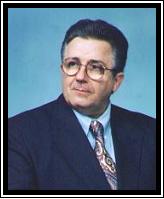 Some years ago: 1977-1983 I envisaged a cycle in the first chapter of Genesis and it took me almost six years to realize that I had really stumbled on something very mystical; however, being a down…Continue

Does anything exist before the first letter of Genesis: BETH?

What most Jews, Christians and Moslems do understand about the Judeao Christian Scriptures is that it is a very mystical document, which cannot under any circumstances be studied from a literal point…Continue

The first encounter with her (ANIMA) usually leads one to infer anything rather than wisdom. This aspect only appears to the person who gets to grips with her seriously. Only then, when this hard task has been faced, does he come to realize more and more that behind her cruel sporting with human fate there lies something like a hidden purpose which seems to reflect a superior knowledge of life’s laws. It is just the most unexpected, the most terrifyingly chaotic things which reveals a deeper meaning. And the more this meaning is recognized, the more the ANIMA loses her impetuous and compulsive character. Gradually breakwaters are built against the surging of chaos, and the meaningful divides itself from the meaningless. When sense and nonsense are no longer identical, the force of chaos is weakened by the subtraction; sense is then endued with the force of meaning, and nonsense with the force of meaninglessness. In this way a new cosmos arises." Carl G. JUNG: The Archetypes and the Collective Unconscious [pg 31, para 64]

My work on Dante Alighieri's La Divina Commedia had me conjuring up a 10 x 10 matrix: a commentary on the MONAD, which I would later come to call the…

This is an inteview I had with Dr. Rita Louise on JUST ENERGY RADIO on April 11, 2013

THE SISTINE CHAPEL: A Study in Celestial Cartography…

EGYPT: The Gift of the Nile - A New Theory

I know that Egyptologists, academics and other intelligent people looking at the Egyptian culture and religious beliefs have a complete misunderstanding of what they are looking at.  I am an esoterist; therefore, I look at problems esoterically as well as exoterically.

My expertise lies in the study of the first chapter of Genesis esoterically: what this means is that every…

I just want to let everyone know that I finished my research on the great artworks of Catholicism and it has recently been published.  It can be viewed at the following link:

I have never heard of the AnimaGoddess.  This is one I would like to see in my Goddess guidance Oracle tarot deck. Is Anima known by any other names?

Journey of your study REPLY to post What are you Researching?

Wow, this is interesting Meegan... The part where you said that it almost drove you insane I can relate. I was studying the bible and histories, codes, genealogy, apocrypha etc., several years back for more than 14 hours a day for several months!
This stuff can take a toll on you, sleep has always been something I don't visit often, but it was now that I couldn't put down endless amounts of information trying to process thru my mind. I met with many a few theologists and religious leaders during that time, conducting interviews per say. I did not want to stop until I read Ecclesiastes 12:12, that finally broke the cycle. But this makes me wonder why people can get into such a mind state where they can't handle the information? Is it that we have a limit to what we can learn? It reminds me of the scripture that says "No one can see the light of God and yet live" is it that this knowledge is too powerful for our flesh and must be consumed in small amounts?
Can I ask what started you on your journey to unveil the book of Genesis?

William, I don't mean to be rude or out of place.  I am merely trying to moderate a discussion the best I can.  Your kindness here is much appreciated.   I am confident we will both support each other.  That is the Theosophical way.  Brothers, always brothers.

Who is saying the Esoteric Science cannot be validated? or perhaps where?

William;  I appreciate your enthusiasm and zeal.  Thank you very much for all these contributions. But might I gently recommend that we might pretend together that we are in a room full of people having a conversation.  And if one person went on for a very long time it would be out of place.

You have good ideas that will be lost in this voluminous contribution. Kindly let us hear your points in your own words in a brief form so that we might all appreciate them.  My experience in discussion groups leads me to believe that contributions like these are simply skipped over by the group.