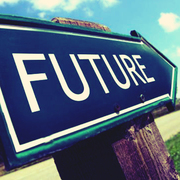 Death of the Hierarchy and its Philosophical Spell Is there a future?

You need to be a member of The Future to add comments!

Remember we don't enter the future we make it.

Thank you. I really liked the subject. I'm happy you liked it.

Theosophy is what...? A hundred and 24 years old officially? The future is now. What would Olcott and MB think of us? Is there integrity, genuineness, and authenticity in our sharing and searching? Are we not their future?

The future is my present. For example: my Doctorate, (before fate slammed my spine), was to integrate a person's belief system, who was mentally ill, to strengthen their character and help them cope. At a minimum prayer has been proven to have results. Conversely, the dark side too!!!

Another thought of The Future of Theosophy is what I have always wanted to see and always talked about. It's innate integrity belonging in Higher Education.

Science can study science, while Philosophers can ponder over "just because you believe something to be true doesn't necessarily make it knowledge it makes it true belief, then apply it to their studies and students, to aid in their perception of their world and their future.

For Theologists, which I am most comfortable with comparative theology, I have an example to offer. As belief systems are explored I would ask this question.

Why does a mythologist, or theologian, or interpreter of hieroglyphics, like Champollion or Budge, insist that Khepera was believed to be a Beetle, pushing the Sun across the sky. When a Magian Priest knows all too well Khepera is the Soul about to burst forth into a new and glorified form. Where are the Theosophists in education?The latter is a good example of Aristotle's Physics, (Physica). Until I. Newton overturned it; Aristotle's principle was that any thing in motion required a force to be behind it. (Like the Beetle pushing the Sun)? Don't forget, the foundation of Western Civilization, Greece, was born out of a far more ancient time with a far more complicated belief system and science. In any case, Issac Newton changed Aristotle's principle to "any thing in motion tends to stay  in motion until otherwise stopped. Ironically, though, Aristotle's principle is making a come back! That's another story.

Of course The Future of Theosophy lies within the boundaries of making the exoteric and esoteric all inclusive. The Future of Theosophy ought to be the standard bearer of ancient wisdom. It is time, it is necessary, for the Fakirs, the Yogi's, the initiates, and other Masters of the secret, hidden, and learned to come out of the shadows for human, animal, and our Mother Earth's sake. Theosophy is a blessing and is an untapped resource for the betterment of civilization.

So when the exoteric thinkers, for example, see Thoth and think, he measures the scales of Anubis to insure accuracy, the creator, of writing, and math. Why then, when Thoth looks into a mirror, does he sees the eye of God? The hieroglyphic symbol of God is the axe. The Egyptians believed in God? Yes, depending on your level of initiation into the sacred mysteries. Why try to explain what is beyond comprehension? Let us begin with ourselves and work toward the Divine. Theosophy would support that and perhaps The Future of Theosophy is to help  humanity to return to the Divine beings we once were. If not; Singularity is guaranteed.

The Future of Theosophy as I see it, is a struggle to find its place in a world where concepts have fallen away to processing information, and it will be up to Theosophy to bring us back to thinking, contemplating, and understanding their is more to being human than physical and intellectual capacity.

Hope this wasn't too much. I've been gone a while, and I do mean gone!!

Well, my opinion is that if we choose to share and help each other bloom, then we have a chance to contact and work with those who are experts in this way of live, from this world or from anywhere. ;-)

Thank You John and Joe for initiating this group study. This is amongst the most exciting of all topics covered here, as it allows the full expression of human imagination without boundaries or limitations.

I think each one of us can contribute to ideas and actions in that direction. I am sure, if we are earnest in our commitment and efforts, we will get the inspiration unexpected. My 0.02 opinion.

Who or what group is going to take Theosophical teachings into the 21st Century???