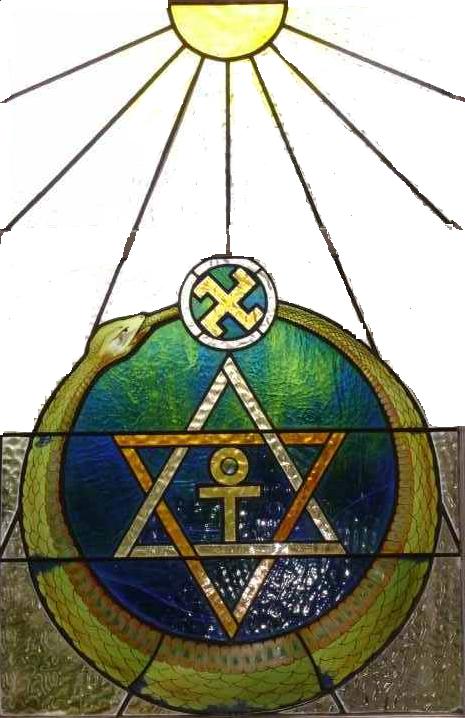 7d.  Seven Laya Centres:Zero Point Foundations for the Laws of Nature VI, 2. THE SWIFT AND RADIANT ONE PRODUCES THE SEVEN LAYA CENTRES ... AND SEATS THE UNIVERSE ON THESE ETERNAL FOUNDATIONS.... …Continue

Zero Point Dynamics within the SD

God and the Scientists On why we don't need God now that we have physicists who sit at desks.  Book Review of The Grand Design by Stephen Hawking & Leonard MlodinowIt is almost irresistible for…Continue

In 1888, Helena Blavatsky published her masterwork—The Secret Doctrine—on the genesis of the cosmos and the creation and evolution of humankind. It provided a radical paradigm for cosmic, planetary and human evolution that not only dwarfed past and popular scientific theory, but anticipated many of its most current and striking developments.

One of its aims was to contest and counter the mechanistic materialistic worldview of the seventeenth and eighteenth centuries. Blavatsky intended to show that Nature was not “a fortuitous concurrences of atoms” or the result of an accidental or random process, but evolved as a result of an intelligent and profoundly meaningful design. She encouraged a dialogue between esotericists and scientists, and advocated for “the Secret Teachings to be contrasted with the speculations of modern science.” Blavatsky understood that it was only by “placing occult teachings side by side” with scientific theory that the origins and ultimate fate of the Kosmos could be revealed.

Over 100 years have passed since Blavatsky issued this call. “While a few scientists and authors are beginning to explore the connection between these wisdom teachings and modern developments in science,” they have, as mystic scientist Dr. Christopher Holmes points out, “only begun to scratch the surface!” Blavatsky’s great treasure is still relatively unknown even today. Its abstruseness and the fact that most scientists disapprove of mixing so called hard science and mathematics with occult and mystical thought have relegated its astonishing mysteries to the realm of religious speculation and the pseudo-scientific.

Holmes, however, has no such objections and has given himself over to Blavatsky’s challenge entirely. He seems uniquely placed to relate ancient mystical knowledge to the newest ideas in physics and science. His background includes a doctorate in clinical and forensic psychology and an in-depth understanding of current scientific theory. Over thirty years of study and research have provided him with a wealth of knowledge and insight into the teachings of Helena Blavatsky, the Kabbalah, Judaism, Gurdjieff, and a wide-range of esoteric doctrine.

Holmes begins by relating how the strange and seemingly incomprehensible Stanzas of Dzyan –which serve as the basis of The Secret Doctrine—anticipated the newest concepts of Cosmological Physics and can be understood as representing “a profoundly alternative interpretation of the facts and theories of science itself.” He offers a penetrating look at the cosmogenesis and metaphysics of The Secret Doctrine that is sure to interest all those who have tried to decipher its hidden mysteries.

One of the foundational themes inspiring Holmes’ work is the concept of zero point—a source point or singularity¬—that, as Holmes points out, Blavatsky articulated a century before it came into common usage. She described these dimensionless points as “material points without extension…‘the material out of which the Gods’ and other invisible powers clothe themselves in bodies” and the single point (or laya point) in which the entire universe concentrates itself.

The author expounds upon this concept at length, noting that the zero point is “not exactly a thing in itself—so much as a condition, or a place at which certain processes occur.” He goes on to give a fascinating account of how “the zero point hypotheses can be applied to the study of the macrocosm, the Universe or Kosmos, to quanta or elements, and to the study of the microcosm—the inner world of human consciousness and Self-existence.” “Just as science conceives that the huge universe grew from an infinitesimal singularity out of a quantum vacuum, so also,” as Holmes suggests, we “have such a hidden zero point or singularity source condition—a singular I within the Heart.”

Drawing upon a wealth of scientific papers, books, and diagrams, Holmes explores accepted and cutting edge theories in science including those of Einstein, Steven Hawkings, and David Bohm, to name a few. The General Theory of Relativity, Quantum Theory, Bell’s Theorem, the concept of Holism, and numerous other theories such as Superstring and M-Theory are explained in a concise and clear fashion. These same concepts are then aligned or contrasted with the Secret Teachings to reveal a supremely valid portrait of how the Universe works and was created. We learn from Holmes how Blavatsky’s notion of the Seven-Skinned Eternal Parent can be linked with “what science now describes as seven dimensional hyperspace and with the newer M-theory and the Calabi Yau spaces that exist at every point underlying the four dimensional complex.” And that Blavatsky’s view of Space—a living Unity or plenum—can be linked to Bohm’s view of space “as the container of the implicate and superimplicate orders.”

While portions of this book are not easy going, Holmes plunges the reader into the deep places of the occult and the new frontiers of science to come up with a lucid and provocative book. It unseals many of the Secret Doctrines mysteries as it weaves the seeming opposites of spirit and science into a new synthesis. It is a must read for those wishing to understand the complex and seemingly impenetrable world of Helena Blavatsky alongside the newest ideas of quantum theory. Holmes has created something of his own tour de force in God, Science and the Secret Doctrine. His book is destined to serve as a guidebook for all those that follow.

I finally, finally, found a theosophist in my area--you are right--they are few and far between.

HAVE A WONDERFUL DAY CHRISTOPHER!

Red Ribbon
Nice to meet you in the forum!
From the Gift Store