What's Going on With Me Today? 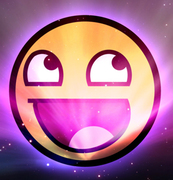 Talk about your day, what's going on, the good, bad, indifferent or just plain goofy.

We are real people and we have real lives.  Let's have some fun.

Music - What am I Listening To / What am I Playing?

What music are you listening to or playing today?Continue

TV & the Movies - What am I Watching?

So this doesn't have to be something spiritual.  It can be funny or other kinds of mindless.  Ok it can be spiritual, too.Continue

What Makes me Happy?

Everyone has something that brings a smile or makes the day less stressful.It could be a song, a picture, a thought or something completely different.Let's hear what makes you happy :)Continue What Do You Do?

Everyday we wake up thinking  of thoughts in our minds  and sometimes these thoughts of ours are not positive and can weight us down from performing our daily tasks or achieving our daily goals. It…Continue

You need to be a member of What's Going on With Me Today? to add comments!

Today I felt like the rock on the sea shores battered by rough waves and felt a lump in my throat as if I have swallowed the poisons of the world and held it in my throat like Siva to benefit others. Why me ?

Today,and again I listened to the music by  H.Górecki (Polish composer) titled  Symphony No. 3 (Symphony of Sorrowful Songs). I felt so sad and touched by it.Felt my soul weeping .

In my work-a-day world, today is hump day - Wednesday - which means that I have two more days to get though until the weekend!  Yippee!  It's rainy today, but thankfully not too cold.  Worked through the first batch of ILL requests today, sipping on coffee and taking a short break from that so I can look around the site here.  I've also got my headphones on listening to tunes from my college days.

I spent a lot of time today cleaning the kitchen, watching TV, shopping online, looking at e-mail and Facebook, etc.  It seems to have snowed just a dusting here last night.. Now it is 23:40.  It was a nice quiet day. I am happy. The temperature outside just got down to 31F.  I had to unplug the outdoor thermometer or it would alarm until the temperature gets back up to 32F.  I want to live out the rest of my life in a place that never gets this cold and never gets too hot...but stays pretty much just right as the baby bear says...

Happy Happy Joy Joy!  This day is almost over.  It's 22:49 here in California . . . 35F with rain in Eureka. "Sunny California" is hundreds of miles south of here.   I slept most of the day nursing the last vestiges of a cold, sipping Symfre tea all day.  Then I spent a couple of hours reading posts here on Sanskrit. . . mighta learned a few words, terms and names of books.  Somehow, Shankara had mastered Sanskrit by the time he was seven or eight.  A good teacher can convey knowledge.  I wonder what Shankara would think about what I read tonight.  I would bet that he learned Sanskrit some other way, like immersion in a culture that spoke it. not endless grammatical terms.  I was delighted to find so much Sanskrit info on YouTube and the Net.   There was no Internet when I began studying Sanskrit.  There was not a lot of time for me to study either.  I was working 60-80 hours a week.  Now I am retired, 64 and pretty beat-up and diseased.  I am still quite interested. I could fall asleep from boredom watching football, as I did today and yesterday; but I can stay awake all night studying Sanskrit, Hebrew, Greek, or Chinese and reading the Great Scriptures.  I just finished an onion and poppy seed bagel with sesame oil and balsamic vinegar.  I like Chinkiang  vinegar more than any balsamic  I have ever tasted.  You might be glad to find that variety . . . not just black rice vinegar, but Chinkiang specifically.  I am going to order some online.  I like to sip an ounce of vinegar and honey in a glass of water with breakfast; and dip some kind of bread in oil and vinegar.  Hazelnut oil, hemp oil, olive oil, etc can be good.  I might be up all night  after sleeping most of the day..  Y'all have a good time, sweet dreams, good health, happiness; live long and prosper!

I'm taking down the Christmas tree today, putting away the ornaments.  Yes, I know what you're thinking....   So sue me!  LOL   We just like the way it looks are are loathe to take it down, so we are always mid-January getting it down and put away.

Interesting tidbits about coffee.  Thanks for the clarification on the tumeric, etc.  I have added cinnamon and fresh orange peel to the grounds, then later added milk and sugar to the whole pot and served it that way.  I got the recipe out of a Bed and Breakfast cookbook I have.  It's called Viennese Orange coffee.  It also calls for brandy extract, but I didn't have any at the time so I left it out.  Was good and everybody loved it, even us black coffee drinkers.  Makes a nice change once in a while, especially in cold weather and as an alternative to hot chocolate.  The trick is to make the coffee really strong to hold up to the milk.

I like tumeric and often just add it, along with cayenne pepper, to a lot of stuff I cook, vegetables, and rice dishes, especially.  Every year I put up several quart jars of hot pepper sauce (cayennes & vinegar) and I always add tumeric to that, along with the salt.  And black pepper, well....  what can I say?!   This is the South, and black pepper is de rigueur for Southern cooking.  We are almost religious about it.  That's probably why I prefer it to white pepper.  but both are good.  I got over my snobbishness about black pepper when I was in Ireland.  lol  They tend to use white pepper there, or at least that was my experience.

Wow! Looks like I missed yesterday here altogether.  I did chat with Capt. Anand Kumar and I posted on Reading Lists.  I did make tapioca and cupcakes with divinity icing--- enough for tomorrow too. I never heard of anyone else adding turmeric and white pepper to coffee.  That's my idea.  I suggested it to my cousin.  It surprised me when she wrote that she actually tried it.  She said it was a bit grainy toward the bottom of the cup, but good.  I must write her that I add the spices to the ground coffee in the filter.  I did know someone who added cayenne to coffee in the cup.  I do that too sometimes.  Turmeric is said to prevent and even cure Alzheimer's disease.  Pepper is added to turmeric in some supplements to help release the active factor.  Black pepper or cayenne would probably be as good or better than white pepper. I had white pepper handy the first time I added turmeric to coffee.  I liked it so I use it about every day now with about 1/2 teaspoon of turmeric..  The cupcakes were pretty dry and stiff.  I will add baking powder next time.  The recipe called for soda instead... mighta baked them too long...will try again.  The divinity frosting was a little thin at first.  It's OK now.  I want a cupcake right now, but it's 3:30 in the morning.  I will wait until I get up.  I'm not going to church today. I have a lingering cold.  Last time I went to church I walked home two miles in a light rain . . . shoulda called a neighbor for a ride. . . will next time.  There is coffee at church.  Suffis too.  Muslims might be banned from alcohol but I have had some strong Yeni Raki, one of the most loved and consumed beverages of Turkey, with Moslem friends.  Everyone is banned from barbiturates with alcohol.  That could kill ya.  Turkish coffee is made with cardamon in small long handled pots.  I had Armenian Coffee in Los Angeles that was served with abour 1/3 cup of ground coffee.  A spoon would literally stand straight up in it. . . took me three days to finish it.  Woah!  it's 4 AM now.  I'm gonna sleep a while...

Hmmm....  coffee with tumeric and a dash of white pepper ...  ?!?!?!?!  Sounds very interesting!  Not something I would have thought of off the top of my head, but then I'm a purist mostly when it comes to coffee.  Black, no sugar, no cream, no favorings.  But now I will have to try this!

Namaste!  I have an alarm set for 07:30 every day as "Time to get up and celebrate the day!"  Sometimes I get up sooner, then, or later.  This morning I got up about 06:10.  Last night I had set out all the ingredients to make tapioca pudding, devil's food cupcakes and divinity frosting.  First I made Scottish Oatmeal and coffee with turmeric and a dash of white pepper.  Then I brewed a quart of Symfre tea I had ordered to cure a lingering cold.  I took my blood pressure medicines at noon.  I take an assortment of nutritional supplements four times a day and eat good healthful food constantly all day.  All that  took up my whole day with a TV news channel in the background and an occasional show chosen by the man I rent from when he got home from work.  I am retired.  It's his TV, kitchen and home and mostly my equipment and groceries.  I went outside only to empty a kitchen trash can.  I made Scottish Oatmeal and coffee for tomorrow morning.  Then I cleaned up everything. Now it is 22:30.  I am in bed for the night, on the computer, reading and listening to recordings.  I night get up to move stuff around or look for something until time to celebrate tomorrow.  There will still be cupcakes and tapioca.