According to Mary K Neff and others Mahatma K. H. was really Nisis Kanta Chattopadyaya. According to Johnson, he was Thakar Singh. However there is another theory that I find interesting and suggestive, and even worth investigating: according to Stefano Martorano, Kut Humi was the mystical name of Kirpa Ram, Diwan of Kashmir.

This would be the version of the biography of K. H:


" A 18 year old Indian, Kirpa Ram, whom we’ll respectfully address from now on as K.H.,

Lahore, met in 1850 Lord Dalhousie, Viceroy of India, in Wazirabad. He was bestowed the khilat, a

multicolored honorific attire, for cultural merits. He is admitted to attend in incognito, for political

reasons relating to the cold war with Russia, a course at the University of Dublin. He is the very

first Indian to be allowed such a privilege, being he the son of the prime minister of an important

frontier state in India. His father is the diplomat Jawala Sahai who obtained the independence for

the Kashmir state from the English in exchange for a big amount of money.


All that remains of K. H. as a university student, is the mystic poem,

tipically anonymous, “The Dream of Ravan –

1854, that could be written only from an Indian who moreover has had first hand spiritual

We are at the time of what was later called “The Great Game”, or the political confrontation

between England and Russia for the control of Asia, and it is to British advantage to educate and

attract in their cultural and influential domain, Maharajas and government officials of India. A

footsteps, is the best choice to express western civilization and culture and to play intelligent

alliance politics, with an indoctrination aimed at proving the superior, military, organizational,

cultural and religious politics of a nation that considers itself to be the pride of the western world.

BIRTH OF AN IDEA, OR THE ESTABLISHMENT OF A LIGHT BEACON: THEOSOPHY.

In full Victorian age, in the midst of a totally materialistic western civilization, after

privileged under many aspects. He is already considered the most cultured men in India, but he

certainly is much more then this. He is the only young man in the world to have gained the best of

eastern and western culture and, therefore, the person best suited to be a mediator between the two

Since his younger years, he studied and practiced meditation under the best spiritual

instructors and, in an environment where deep diplomatic relations are woven, he has already

before he left for Europe, his natural inclination for psychology, philosophy, music, spirituality and

languages, made him a recurring miracle, namely a new Pythagoras. While the latter built a bridge

between the new “Magna Graecia” cultures: Croton, Taranto, and Rhegium and those of Egypt,

Middle East and India, moving from the West to the East all the way to India, this young man

moves from the orient, were he was born, to the western world, and will experience the same fate:

Create a bridge between the two cultures with the intermediation of a Russian born lady, Helena

Petrovna Blavatsky (H.P.B.), whom he will meet in early 1856 in Kashmir, soon after he returned

from his “exile” in the western world. I remember that Olcott, when referring to K.H. in a indirect

manner, used his code name Kashmir and H.P.B. herself used to say “he is not a Tibetan, but a

Punjabi whose family as moved to Kashmir many years ago” (....)


K.H. (as the wise and balanced person that he is), was his Pythagorean symbol, “do not

unbalance the scale”, which became in Roman “in medio stat virtus”, estimates all that is valid in

Western science, technology, music, and practicality, but never undervalues the culture in which he

was born and never embraces Western traditions and mentality, but swears in his heart that he will

do all he can to elevate the quality of life of his Western brothers, quality that he finds unbearable.

The sight of the East-End and Whitechapel suburbs of London, arouse in him a bursting

wave of compassion. He saw hell in this world and, mindful of the maxim he use to preach during

his life as the divine Pythagoras: “The doctors goes where the sick is”, he swears to himself that

moral and spiritual elevation of the masses in the Western world, will be his life priority. He still

doesn’t know how to make this happen, being this such an arduous task to frighten even those with

means and opportunity to easily make it happen but, in spite of this, the decision worthy of a

Bodhisattva was taken and it will be honored. (...)


Kashmir rises to a diplomatic and military power without equal in just a few years; The

British, during the upraise of the Sepoys (native soldiers of the Anglo-Indian army) and the

people’s revolution in March 1857 in northern India, are forced to request the help of its powerful

army to prevent their total obliteration. Its northern territorial boundaries go as far as the entire

It’s the only Indian state to enjoy an effective independence. No British citizen can stay

there during the winter months. K.H. was elected governor of Kashmir in 1865, position he held for

eighteen months. In his hands he holds the complete administration of the state’s affaires. During

the combined effort of the two Mahatmas, we witness the triumph of justice, freedom and culture.

eradication of criminality, commerce and cultural institutions flourish again. Kashmir, unlike the

rest of India, is a Paradise where the British gladly spend their summer vacation.

After 20 year service to the state, the death of K.H. is announced at 44 years of age. But it is

only an apparent death caused by the Samadhi catalepsy, and later the Mahatma comes back, ever

more active, to prepare the grounds for the coming of H.P.B. in India the 15

M. says of him: “Revealing the name of one of us, while in the world, forced us to announce

his death to protect his freedom of action. We had to change the name many times to shield us from

curiosity. To safeguard a good task, we were forced to quickly hide”

curiosity. To safeguard a good task, we were forced to quickly hide”

One wonders why the need to shield from curiosity particularly if one is engaged in a good task. One would think that more and more people getting curious would be welcome. Unless the "good task" is actually different from good. A sales technique? A style of writing of the time?

ModeratorPermalink Reply by M K Ramadoss on July 13, 2011 at 12:37am
I wonder if anyone research the archives of University of Dublin and get the names of Indians who studied there at the time when KH was a student. The number of students from India who attended the University at that time would be handful and so it would be easy to identify the name KH used as a student.

very interesting, the association with that figure, here I leave a picture of Kirpa Ram, I found googling, has some resemblance to the portraits of KH 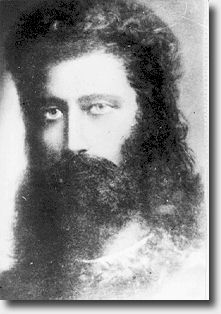 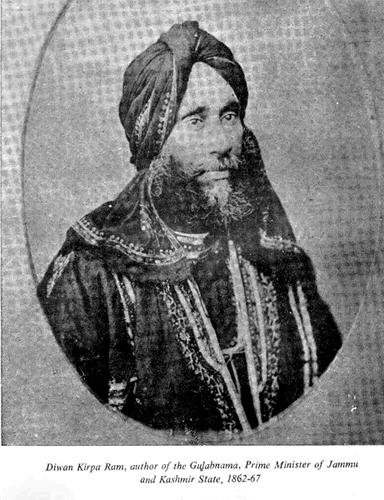