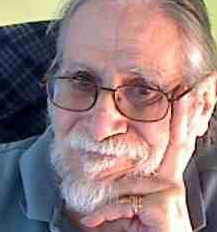 He holds patents as one of the earliest inventors of motion control and automatic animation systems, and is an expert in 3-D stereo-optic visual communication systems. For the past 40 years, Maurer has delved deeply into eastern theories of metaphysics, physiology, psychology and consciousness, and has practiced Patanjali's Rajah Yoga of Mind Awakening. He has been a student of theosophy since the mid 1960s and has studied deeply in the Secret Doctrine after finding during 1975 that Einstein used it as an inspiring textbook. See:

Maurer's Astro Biological Coenergetic (ABC) holographic field theory of mind, based on the formulas in the Book of Dzyan, models a cosmogenesis that postulates subjective consciousness (awareness, will) as a fundamental a priori quality of the underlying, ubiquitous, unconditioned Absolute Space...

This theory further postulates that total gravitational space, it's involved hyperspace, and all mass energy form/fields in metric physical/material space are generated from the spin momentum (ZPE) of a "singularity" surrounding a zero-point of absolute space... These initial fields appear as a (coadunate but not consubstantial) fractal involved series of harmonic radiant energy fields, that descend from near infinite frequency spectrum phase/orders to near zero spectrum phase order (on our lowest order physical/material world).

Since these ZPE fields are everywhere, and their ultimate extension, infinite -- they interpenetrate each other... And, together, constitute the basis of our holographic universe. See how all these fields are analogous with the initial fields of cosmogenesis:

On our physical/material level or plane -- this fundamental octave enfolded hyperspherical (toroidal) harmonic structure of all hyperspace and metric space/energy field/forms in total physical/material spacetime (originating from its own "singularity", ref: General Relativity) -- is the basis of all generation of ZPE fields radiating from the center of origin of all physical forms -- beginning with the smallest sub-quantum particle to the largest galaxy, as well as each human being (see URL referenced below)

All such fields are also electrodynamic in nature (Ref: Maxwell, Coulomb, Faraday, Ampere equations), Consequently, all structural, memory and mental information is carried as holographically encoded wave interference patterns on the surface of such fields... And transmitted, through descending hyperspace field phase orders to their common zero-point center of consciousness, by phase conjugate adaptive resonance processes.

Thus, Mind itself (in the case of human thought) is one of those hyperspace fields linked coenergetically (resonantly) with the brain's radiant EM fields... With long term, archetypal, and species memory stored in adjacent higher order coenergetic hyperspace fields (ref: string theory).

What everyone should know about Einstein and the Secret Doctrine

Reprinted (reformatted and updated) from: http://leonmaurer.info/einstein.html

KC Griffin said…
;-) Are you talking about my facebook pix because I didnt c any guys in the 50 i got here? Happy birthday n what not... You talking about my above ground lair?? ehehe u should c the mountain top version I got splattered all over facebook.. I havent looked at this site n a while but I know who u r
I'm in TN now from Charlotte, NC though.... hit me up on facebook 4 t'real I dont work and im up at all hours

ornamentalmind said…
ornamental mind is a term coined by my primary teacher. It represents the union of the relative/subjective mind and the absolute/objective minds, consubstantially.
The term is associated with the experience of "looking through the large objective 'eye' at all of the arisings, stayings and melting away of the subjective (thoughts etc.) ...seeing them as mere ornaments.

Susan Thomas said…
Welcome! The fourth object is to ENJOY the site. Let us know what you like and what could be better. Thanks.

Mikhayl Von Riebon said…
Wow, i wish i knew what half those words meant, but by the sound of things you seem like a very passionate person. id enjoy talking with you sometime in the future.