Hi! Can someone know the meaning of this symbol ?

Long time ago, someone told me its it's one of the Sephirots of Kaballah, It is a set
of esoteric teachings meant to explain the
relationship between an eternal and
mysterious Creator and the mortal and finite
universe.

But I cant find nowhere this explication. 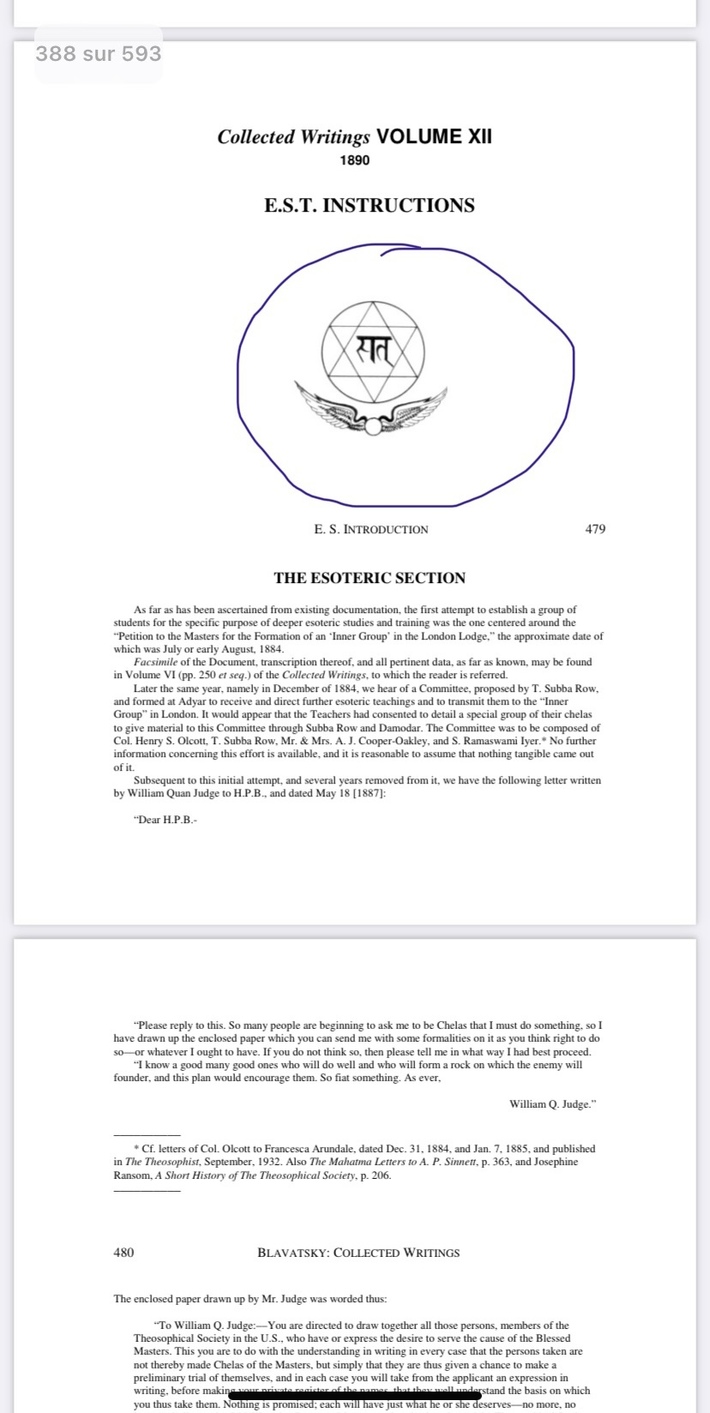 uplift and support of your entire esoteric body.

The entire esoteric self. The Circle is all encompassing.

often called the Star of David)

Inner most Sanskrit letters spell "Sat" as in Sat-Chit-Ananda

It looks like one could meditate/contemplate on the path laid out by the symbol.

However, if HPB is involved, it may be a grand, living theosophism.    :^)

HPB should explain the meaning of the symbol in that volume, or in the volumes before.. Other than that, I know little.

Thank you! You are amazing. That was very important for me to know for some reason.

I just spotted the exact symbol on the front cover of The Dialogues of G. de Purucker (Vol. 1-3) published by Theosophical University Press (1948).

Many books by G.. de Purucker are free softcopy at

Thanks, I didnt know this Website, I will take a look . Actually, I didnt even know G. de Purucker, so its a good find!

I found the books there yesterday

The book-cover is shown, which is good.