Looking Forward is Our Goal !!

this seemed appropriate, especially on a Site as ours that is focused on looking forward! 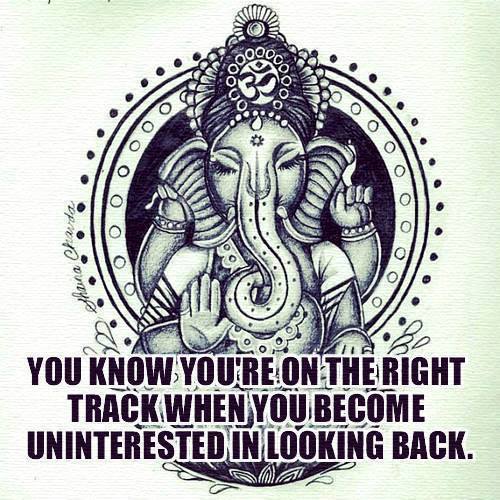 I must have missed something in the small print.

"a Site as ours that is focused on looking forward!"

I hope I didn't sign anything that binds me to that because I have to disagree.

Looking forward is "imagination", it is yet to be manifested, uncreated. So looking forward is at best, an educated guess. We don't gain "understanding" or "wisdom" looking forward. We step off into the unknown (forward), equipped with our very best theories, then we turn around and look back to see what we have learned.

So I am all about looking back, finding the source of today in yesterday, so I can try to understand right now as best I can.

your use of imagination seems confusing.

On our site the use of "imagination" is "Active Imagination" (Jung), Mundus Imaginalis (Corbin) and "Imaginal thinking" (generic) which is a uniquely a Human tool very similar to Intuition.

In the Eliade's (Editor) Encyclopaedia of Religion (20 volumes?), the section on Imaginal (etc.) (and various imaginal thinking variations) is huge...  not an uncommon word in traditional theosophy/esotericism. One just sees it mostly in Sufism (Mundus Imaginalis - Corbin), Jung and of course Faivre (Theosophy) these days. just fyi. The Eranos Foundation explored it quite a bit in their Jung analysis/project days. Schrodinger was a member - The Scientist - Schrodinger Cat Fame and major founder of QM. It is all very interesting in another topic.

Thought I'd link the thoughts John put together on his blog concerning Imagination, the rest can be found here

In defining Esotericism and the three characteristics of Theosophy, we see the usage of "imaginative processes of mind", "creative imagination", "special human ability to create" and in the definition of esotericism we also see "Imagination and mediations" connecting the realms of higher and lower existence. The usage of this term "Imagination" threads throughout the concepts and is critical to understanding the meanings. The term defined (here) to include the range of ideas that are connected as in Imagination <=> Imaginal <=> Image <=> Mage <=> Magical <=> Maginal/Imaginal <=> Magination <=> Imagination.

Theosophy, having Greek etymology, is a term from the Western world. The practice of Theosophy is found in all cultures. The term “Imagination” is not necessarily a Western-only concept. However, the term “Creative/Active Imagination”, along with its variations of expression, is primarily of a Western origin. In essence, Theosophy is inclusive of the various types of experience expressed within various cultures, people and religions throughout history. Also, it is useful to consider the mind as a mirror, reflecting an image as well as interacting with the object it reflects. Some basic examples are: