“…the real trouble with the mind-body problem centres on the word ‘materialism.’ This word is itself a relic of dualism: it suggests that there are two rival stuffs—mind and matter—competing to be seen as basic to the world.”

“It tells us to choose one of these and reduce the other to it.”

“When Einstein has just solved a difficult problem, his reasoning cannot be explained by giving even the most accurate account of the actions of his neurons.”

“To suggest that their actions were its real cause would mean that they did the work on their own and told him about it afterwards.”

“Unluckily, many scientists seem to regard materialism as a sacred ideal which tells us always to find a more ‘real’ physical cause behind our thoughts.

But actually our thoughts are quite as real as our coffee cups, and ‘matter’ is every bit as obscure a 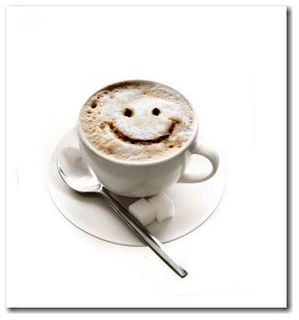 Not the Sum of Parts

The activities of thinking, Helena Blavatsky also concluded, “cannot be explained as the simple resultant of the cerebral physiological processes,” which:-

“only condition them or give them a final form, for purposes of concrete manifestation.”

(Does Mind Over Matter?)

The most that one can honestly conclude is that neuronal excitation is the effect of causes which remain unknown.

Comment by Odin on July 20, 2009 at 1:46pm
Avada's page: http://www.theosophy.net/profile/AvadaKedavraCrucio?xg_source=activity

Sorry, I must have replied to her private comment in the wrong place! Still getting used to navigating around the site...

Comment by ornamentalmind on July 20, 2009 at 12:44pm
I appreciate being introduced to Midgley. The few articles I've read so far are of note. Her perspective does differ from that of many today.
One unrelated question Odin, what am I missing? I see not comment by Avada to whom you refer in your last post here. Thanks.

Comment by Odin on July 13, 2009 at 3:40pm
Avada, thanks for the reference to Gurdjieff's teachings, I'll have a look if ever I an break the chain from this typewriter. Right now just too busy to side-track off the Blavatsky inspired blogging. Why eat hamburger when you've got steak!?

Comment by Odin on July 13, 2009 at 3:38pm
Charles, your ravenous raving neurologist would doubtless be morally in-digested from biting either Mary or Helena.

Comment by Charles Cosimano on July 13, 2009 at 2:21pm
I can think of at least one neurologist who would eat her for lunch and spit out the bones. Logic has nothing to do with science. Data is what matters.