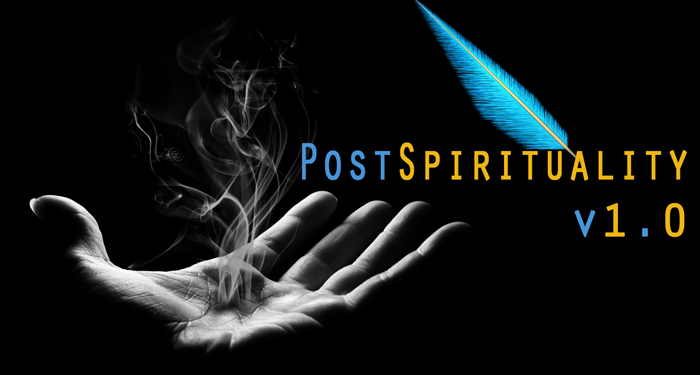 The concept of Post-spirituality is not really new. Several thinkers in the past have suggested it. Prominent amongst them has been Eckhart Tolle, who has fallen short of complete rejection of all traditional forms of spirituality.

My idea of Post-spirituality v1.0 begins with the acceptance of the fact that all traditional forms of spirituality have failed the humanity in charting a path to facilitate realization of  humanity's full potential. We still remain as mired in greed, divisiveness and violence as ever. This is the failure of spirituality and not humanity.  The reasons could be many, and several of those could be argued successfully by the experts in their respective fields. With Post-spirituality v1.0, a dramatic shift in concept is proposed.

To develop and implement an ever evolving module of community centric system of living which will allow the communities to seek solutions to their problems by exchange of ideas and resources with other communities in a manner which is permanent and sustainable.

The name Post-spirituality v1.0 signifies a dynamic concept. It cannot be a fixed doctrine or process. There can be any numbers. From v1.0.1 to v2 to ...

Post-Spirituality will not be based on one single set of texts or doctrines or practices but will be a constantly evolving set of methodologies capable of handling of all social, political or technological changes.

All the concepts and methodologies of Post-spirituality will be fully customizable to cater to the needs of the different communities, identifiable by the various possible version numbers. It will be totally unlike forced imposition of religious values on people. Freedom to think outside the box is the basic pre-requisite.

Post-spirituality does not recognize any artificially created boundaries between different streams of human thought. Science, Arts, Culture, Politics, Economy etc. all are considered one. Technology is to be considered as a means of Post-Spiritual progress rather than a hindrance.

Several readers will recognize the similarity of all the above with the development of computer operating system called Linux, which is truly a spiritual concept. Linus Torvalds, in my opinion, has shown the way forward.

I now invite the members to join me in this exploration, beginning with the dissection of the above ideas which will eventually lead to creation of a systemic model of Post-spirituality v1.0. Indulge in it for the sheer fun and joy of doing it rather than with the expectation of some tangible and practical results in the short term.

CLUE: Creative Imagination is the key. Limitlessness is the limit.