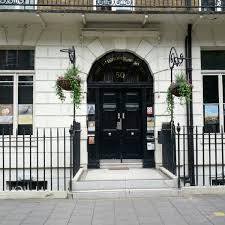 At the Theosophical Society in England, where Janet Lee has been on trial for unbrotherliness for five months, the panel of secret judges has now reported. They say:

"The panel have read, considered, researched and met to discuss the information provided and have reached conclusions based entirely on their own assessment of the issues.

• The panel believed that the source of the difficulties was, to a considerable extent, the failure to adequately address Janet’s original grievance regarding her position on Boards, (first expressed in 2012 and repeated thereafter) and that a lack of workable governance procedures regarding grievances and complaints resulted in matters becoming exacerbated, consequently leading to the break- down of good working relations.

• Although we found issues of ‘disagreement’ or differences of opinion in the papers, we did not think the ways in which these disagreements were expressed by Janet, albeit robustly at times, amounted to ‘unbrotherly’ behaviour.

Having considered the paperwork, the panel recognised that both parties have felt aggrieved and that, had a robust Code of Conduct and an authoritative Grievance/Complaints procedure been in place, this matter could have been dealt with in a timely and appropriate manner.
Recommendations

1. Appropriate governance procedures related to grievances and complaints and disciplinary actions, be expeditiously introduced, together with a clearly defined Code of Conduct reflecting the principles, ethics and core values that The Theosophical Society promotes and upholds.

2. That there is training for EC and Officers in governance requirements and associated legal liabilities.

3. Complaints should always be dealt with promptly and in writing.

4. Where working relationships create difficulties, the Society may find that the introduction of mediation to help people improve inter-personal skills and mutual understanding (as distinct from arbitration), provided by an independent commercial specialist may help avoid the necessity for expensive solicitor supervised processes.

We do not think that there is anything positive to be gained in finding fault or apportioning blame in this matter, rather, we feel, it would be in the best interests of the Society to act upon these complaints in a more positive way by the introduction of an appropriate Code of Conduct and a robust and unambiguous Complaints/Grievance Procedure as expeditiously as possible.”

This is basically a win for Janet. That is good. The outcome has a positive attitude towards trying to fix things, and not bury the incidents. That is a healthier approach.

I hope Leslie Price gained access to the computer with all his work and years doing research. I have not seen any source docs on that yet.