A magic square is an arrangement of numbers (usually integers) in a square grid, where the numbers in each row, and in each column, and the numbers that run diagonally in both directions, all add up to the same number. 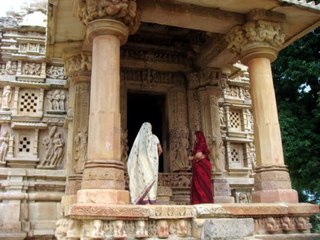 To your left and right you will see the Parsvanatha temple, a Jain temple built in the mid-tenth century A.D. The entrance and surrounding area is quite a bit of beautiful sculpting of sensual statues, and on the doorway is the inscription of an ancient magic square found by Takao Hayashi in the 19th century. 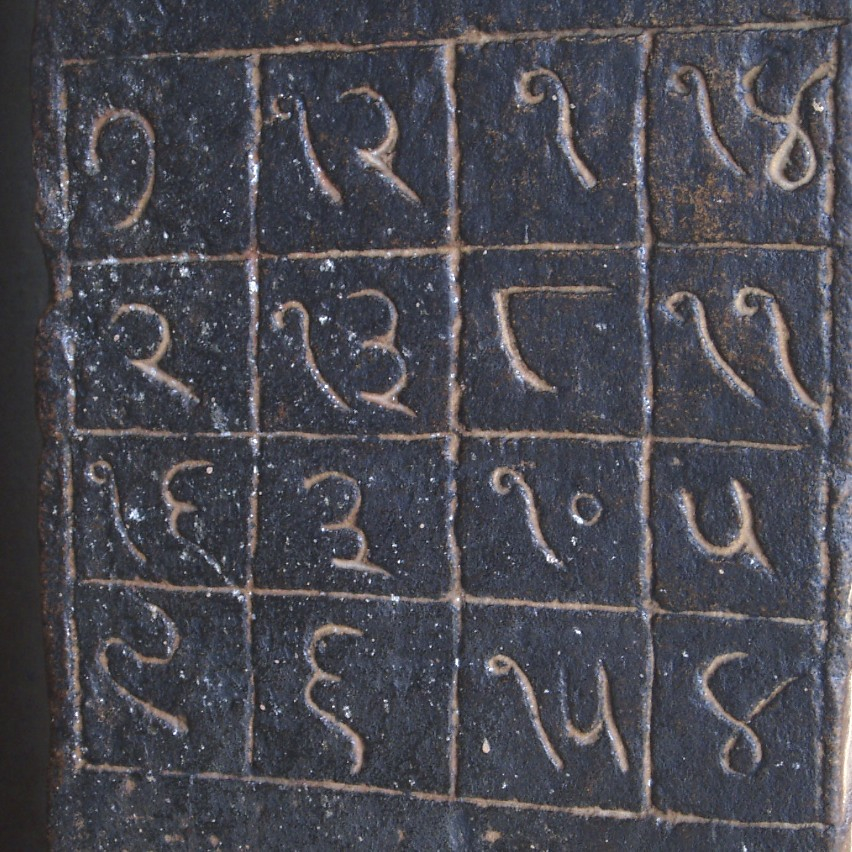 This is a 4 by 4 Magic Square. This is one of the earliest known such magic squares, although simpler, 3 by 3 squares have been known since antiquity in China and other places in Asia. The neat thing about a 4 by 4 "regular" magic square (one that has all the numbers from 1 to 16) is that the sum is always 34. This is the sum of all rows, all columns, the diagonals, all corner 2 by 2 sub-squares, and the central 2 by 2 sub-square. All of these should add to 34.

PUZZLE: So in knowing how it works, can you figure out what the symbols mean? Which numbers are represented by each of the signs you see in this square? (There are resemblances of numbers in our system, but it might not be the number you think it is ;) I'll post the answer in after a few days if no one gets it. (Idea from Amir Aczel B.U)

To go along with all that here's some very interesting magic square and if you look a bit more in depth into it you will see some very strange synchronicities! 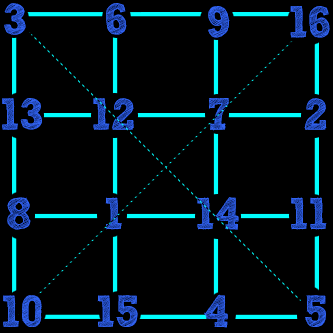 Here you will see the same principle in play, all the horizontal and vertical lines add up to 34 same with the diagonal.. Pretty cool... but if we keep going, watch what happens. 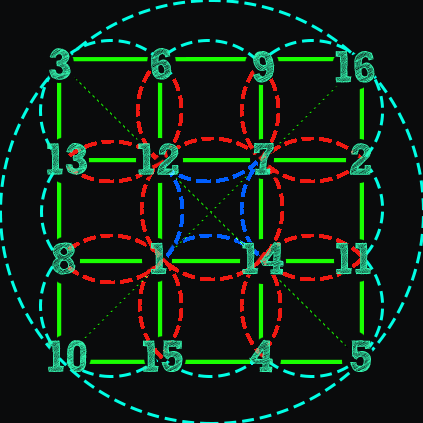 Kinda looks a bit like the Flower of Life? 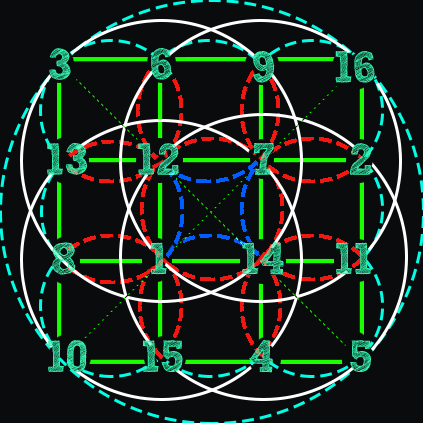 More circles :) we see even the medium sized circles in white also add up to 34! 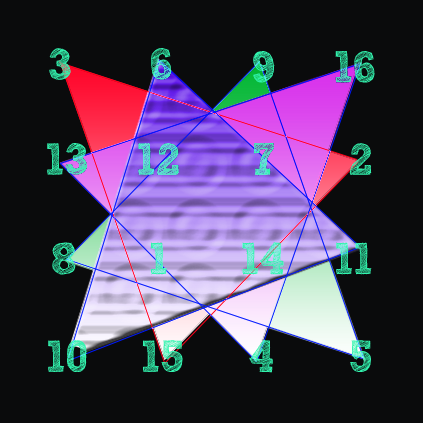 And the last one... It works with triangles too

Pretty interesting this math stuff eh? This magic square deal dates back thousands of years and spans the globe.

The picture below is called Melencolia I (1) is a 1514 engraving by the German Renaissance master Albrecht Dürer it also has the Magic Square hidden away in the corner. I forgot to add ovals... geesh 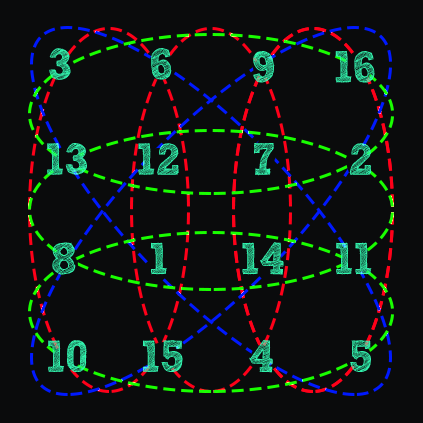 The stone inscription in the Parsvanath temple is the same magic square totaling 34. These are numerals in Devanagari script and not symbols. Devanagari is the script used in several Indian languages including Sanskrit and Hindi. These numerals, though are not in use any longer and roman numerals are used.

One of great masters of magic squares was Benjamin Franklin. He made one in a few hours that is astounding.

(A knight-move is an interesting technique to create them. though one has to be careful with it.)

The Answer to the Magic Square at the Parsvanatha temple: 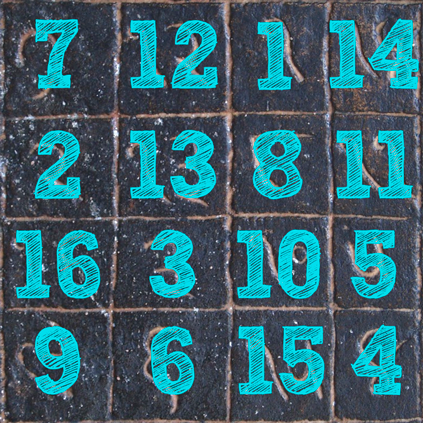